Blog - Latest News
You are here: Home / Interviews / Writing In Between: An Interview with Tyler Friend 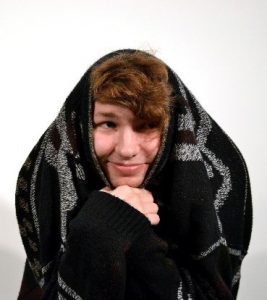 Edward Sharpe and the Magnetic Zeros play in the background.

Tyler and I are classmates at Vermont College of Fine Arts MFA program in Writing and Publishing. We’re spending Saturday night at my apartment talking about sexuality and relationships, Tyler’s experience being genderqueer, how that informs their writing, and why they choose a different preferred pronoun each time he/she/they’re asked. (I’ll do the same here.)

Geographically, we are both from the south—they’re from Tennessee and I’m from Georgia—but our paths first crossed when I came for a campus visit in the spring of 2016. She is the author of the poetry chapbook Ampersonate and will complete his MFA in May. BC: A lot of your poetry tends to surround an ambiguous gender identity; in your writing you describe identifying with both women and men, and also being sexually attracted to both women and men at the same time.

I am remembering a poem you wrote for our shared class in which you recall your first kiss with a girl and then later with a boy. The poem (titled, The First Time will be published in Tin House in June) ends with “For the record, I like taking it in the ass.”

Do you specifically channel that duality when you’re writing? How does it affect you as a writer?

TF: I think a lot of it just happens, I don’t necessarily try to channel it.

“I definitely work from the poetics of trying to break down binaries– no matter if that is gender or sexuality, or the natural world versus the constructed world, I think that most of what I am preoccupied with is duality and binaries.”

BC: Last semester we took a Pedagogy course together and our teacher’s first question was, “What’s your preferred pronoun?”

Friend: There are lots of other pronouns like x-e, or z-e or fae f-a-e, which I think is fun because it’s kind of like a fairy. So, it’s sort of a newish thing and it’s kind of complicated. I don’t care about pronouns, and I get really anxious whenever someone asks me, so I usually answer differently every time.

But there are also—and where this becomes an issue is with intersex people—people with ‘ambiguous genitalia.’ There have always been people who are in the middle genetically, too. So, I am ‘male’ genetically, but I tend to instinctually [fall between sexes]. The terminology is still new and I am still new to it, so I’m still trying to work it out.

People have always existed in this ‘in-between,’ but as a culture, it’s becoming mainstream and people are realizing it more and trying to put words to it more.

Eileen Myles, for example, went by ‘they’ pronouns—I don’t know if they still are, [but] I feel like we are getting more iconic and popular, and more celebrities are bringing it forward.

Another poet like that is Andrea Gibson. They just recently switched to ‘they’ pronouns and they’re a little like Eileen Myles. They’re rock stars. BC: Your poetry chapbook is Ampersonate. Talk to me about the title. The cover of the book is an ampersand sign that forms the figure of a woman.

Friend: I am big into squashing words together, so I was thinking about ampersand as in ‘and’, as in ‘continuing’. And personate has implications of theatre [and] acting.

A few pieces are directly related to A Midsummer Night’s Dream and my love affair with some of the characters.

BC: What was your process for writing the poem, “I wrote it. It must be true” (which is in Ampersonate)?

Friend: This is actually one of my favorite things I’ve written. I turned this in for an undergrad workshop and everyone thought I was on ‘shrooms. But I wasn’t! This is how my brain works.

BC: Is that how you normally write? What is your process and how does it turn into your art? Then, once I get that part written, I go back to other texts and lift words.

I am also really big into word banks. When I’m reading something, . Then I’ll read something else and create another list. And then I’ll find a way to mash them all together.”

BC: Tori Amos uses a similar method when she writes songs.
Friend: The other thing I do is steal things people say.

BC: That’s what we do as artists. We borrow.

What is the pinnacle of your career? What are you shooting for? I love literary magazines, so I would like to be Lit Mag editor somewhere. I’m also into Art Direction. The concept of teaching is interesting to me as well, but not yet. In the future.

BC: What about the social ideal? Family? Social acceptance?

“There is a traditional trans narrative of feeling like [you’re] in the wrong body; [you] don’t feel at home. [You] want to transition and be something different than what you are.

I don’t feel any of that. Part of it is my realistic approach to bodies in general—it’s a hunk of flesh.”

BC: Did your parents help shape your gender identity growing up? Friend: I guess they did. But I ignored it. I have a brother and a sister and my mom still refers to us as ‘the boys’, so in that way, yeah, boy was always there. But I never thought of it in a broader context where it was I’m ‘like’ these people and ‘not like’ these people.

I was never really socialized at a young age to see a difference [between male and female], so once I got into situations where [gender] turned into a binary, I veered toward male because that’s what everybody else said I was. But I was never put in a position where I had to define my sex.

BC: I remember the first time I saw you, you were wearing a flowy black miniskirt with flowers on it, black tights, and a pair of wedges. Your nails were painted and you were wearing makeup. I thought you were a woman. BC: You recently mentioned that after you moved to Vermont, you became more open with expressing your gender and sexuality, and that precipitated a shift in your poetry. How does the new freedom you feel in self-expression show up in your work?

Friend: Over the past year or so, my poetry has become much less constrained—by form, by norms, by what I thought I wanted poetry to do.

The poems I’m writing now are longer and feel much more open, breathing steadily. The language has become less formal, and I feel like I’m kinder toward the language—I don’t break it up as much, I don’t distort or contort it. I let repetition happen when it needs to, something I always avoided before. All artwork featured in this article is Tyler’s original work. Check out her poetry on the Ephemeral Artery Etc. page.

To learn more about their work, visit his website, Tylerfriend. 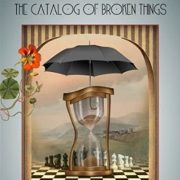 by Adam Robinson
Scroll to top