Blog - Latest News
You are here: Home / Craft / The Story That Chooses You 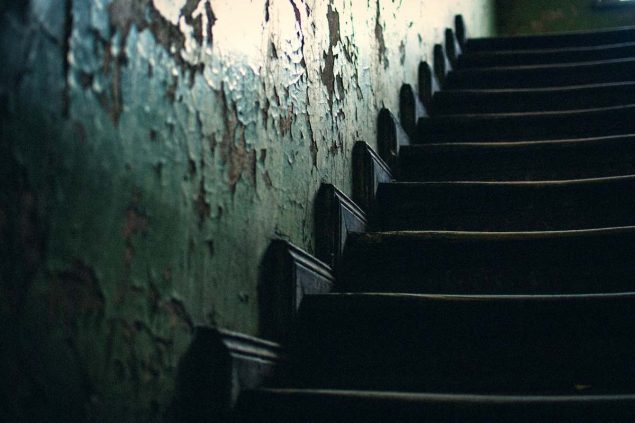 A couple of years ago, I was interviewed by the East Bay Times about a cold case I’d written about the previous year.

“What made you decide to write about this?” the reporter asked.

Without thinking, I said, “She’s buried near my grandparents.” I knew it wasn’t a terribly sophisticated answer, but it was an honest one.

“You have to understand. I didn’t choose this story. This story chose me.”

Again, an honest answer. It made me think: Can a story choose a writer? Or does the writer choose the story?

Suzanne (known to family and friends as Suzie) Bombardier disappeared while babysitting her nieces on June 22, 1980. Her body was found in a nearby marina several days later. My grandmother died a month later. Suzie, and my grandparents, are buried at Queen of Heaven Cemetery in Lafayette, California.

As I visited my grandparents’ grave, a young man came up to me wanting a pen. I didn’t have one. Being nosy, I looked at the grave he was visiting. It was Suzie’s. I wondered, why was he visiting that grave?

In my journal, I wrote about what happened. Months later, I reread it. Writing wise, I was in a malaise. For years, I stuck by the rule of ‘write what you know.’ I wrote about suburban Northern California (where I grew up), my childhood, having a learning disability, home shopping, feminism,

I was trying to write a novel about Jonestown and an essay collection about the local movie theater being torn down, but it wasn’t working. As my former teacher, Susan Browne wrote, the cake wasn’t baked yet.

I looked through my journal and saw my notes about the man at the cemetery. I wrote a short essay about it for the local NPR station KQED. Then, I wrote a blog about Suzie after I found out she had been murdered.

Two months later, I received two notes from people who knew Suzie. They thanked me for writing about her. They expressed anger that the case wasn’t solved. It felt unfair to me. I knew there were many unsolved cases out there, but this was personal. She was buried near my grandparents. That made it more real.

How It Chose Me:

I thought, well, someone should be writing about this! It should be a Real Journalist! A Real Journalist that could get to the truth of this story!  I emailed several journalist friends about Suzie. They said, essentially, ‘Thanks, but no thanks.’ There wasn’t any new evidence, no corruption involved. It wasn’t sexy. There simply wasn’t anything new. I understood. They had other stories to write and were struggling to make a living. But I wanted this story to be told. Suzie’s death had fallen through the cracks. It felt like she had been forgotten. Her story had no resolution, no closure. It was in limbo. As a person who hates limbo, I couldn’t imagine anything worse for a person, dead or alive.

I talked about the story constantly. Finally, my friend Laura said, “You need to write this story.”

“I don’t do hard news. The police will never talk to me.”

“You need to write this story.”

She said it a third time: “You need to write this story. This is your story.”

I finally gave in. It was as if the story chose me. It was a story that plopped itself right on my doorstep and said, “Here I am. Write about me.”

I wrote about Suzie and had it published in several media outlets. More people learned about her and what happened to her that June night. I heard from even more people who knew Suzie, including a detective who had worked on her case. She hadn’t been forgotten. She didn’t fall completely through the cracks.

What I’ve learned through writing about Suzie is that stories sometimes choose writers. If something interests you, you should write about it. I still believe this is true. For me, this was the story I had to write.

I remembered what Anne Lamott tweeted years ago: “Here’s how to write: badly, 2 pages at a time, because there’s a story tugging on your sleeve that has chosen you to tell it, and will help you.” This story was pulling at my skirt. It was like a little kid saying, “Come on! You need to write about me! I trust you! Please write about me!”

I wish I could say something very smart and academic about why some stories choose certain writers. I believe it has to do with paying attention to the world.

You might look at a magazine in the grocery store and see a story that intrigues you. Or you could remember a person in your past that sparked inspiration. In my case, a stranger asked me for a pen. He could’ve gone to anyone else in the cemetery, but he approached me. I can’t explain it.

The Story that Chose Thomas Keneally

One of my favorite writing stories is about Thomas Keneally who needed a new briefcase when he was visiting Los Angeles. He went to a luggage shop and met Leopold Page, the owner of the shop. Years later, Keneally wrote about the meeting for The Guardian: they were waiting for Keneally’s credit card to clear when Page asked what Keneally did for a living. Keneally replied he was a writer. Page told him he had a story for him.

Keneally froze. He’d heard this so many times. But Page was a nice man and was trying to get him a good briefcase, so he said go ahead and tell the story. Page told him about Oskar Schindler, a man who saved over a thousand Jews during World War II. Oh yeah, and he happened to be a Nazi. And a gambler. He also cheated on his wife. Minor little details! Once the credit card cleared, Page Xeroxed several documents about Schindler and put them in Keneally’s new briefcase.

Keneally could’ve thought, “Okay, that gentleman was interesting. A little high strung, but interesting,” then gone about his day. But he didn’t. He started researching Oskar Schindler. Along the way, he realized that this was a story that chose him. He was an Irish Catholic who once studied for the priesthood and grew up in Australia, as far as anyone could get from World War II. But he knew this was his story. He had to write about Schindler and how he saved a thousand Jews from the Holocaust.

Keneally started working on a historical novel that was originally called Schindler’s Ark, then renamed Schindler’s List. The novel went on to win the Booker Award, and then was turned into an Academy award-winning movie directed by Steven Spielberg. In a tribute to Page, Keneally wrote in The Guardian: “…but I had not, as some readers would later kindly see it, fought my way to the centre of a maze to emerge with one of the essential stories of an awful century. I had stumbled upon it. I had not grasped it. It…had grasped me.”

Through the years, I’ve tried to explain to people that Suzie’s story chose me, not the other way around. “I want to write something like you did,” someone told me. The biggest advice I would tell someone is what journalist Amy Goodman once said: “A journalist’s job is go to where the silence is and listen.” One day, I went to where the silence was and I listened.buy footwear | Best Running Shoes for Men 2021 , Buyer’s Guide , Worldarchitecturefestival

Do Not Go Gently
by Mindy McGinnis