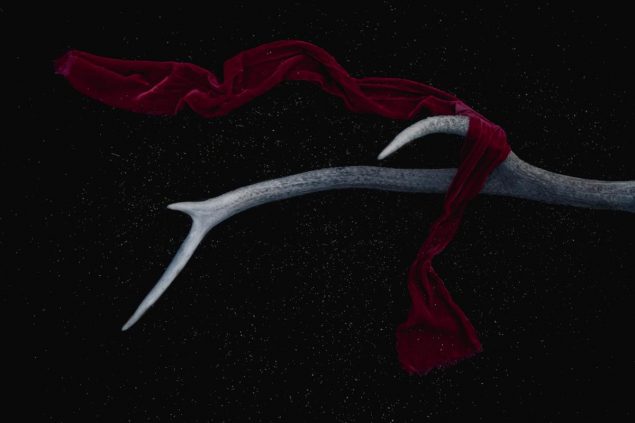 A few nights ago I dreamed a tray arrived with my lunch: a bowl of bullets. They weren’t the only offering on the tray, just the only one I cared to eat. Stale pita smeared with hummus by a parsimonious hand, a slice of supermarket peach pie that looked like someone had stomped on it…hell, no.

The bullets clinked and gleamed as I rolled them in the palm of my hand. They looked like no other bullets, black with silver tips, daring me to consume them. They could only be mine, these beauties. Or was it the other way around? I put the first one on my tongue and let it rest there, biding my time until it seemed I’d always known how to make a meal of bullets. Lead bloomed in my mouth, then all the way down as I swallowed the sucker. Who knew this could feel so good? I woke up both exalted and nourished, the back of my throat still tingling.

In the real world, bullets are not exactly my thing. I’ve never seen one, never touched a firearm, and never lived among people who hunt and shoot. From time to time, I wonder what it’s like to fire a lethal weapon: hear the bang, absorb the force of the recoil. I’m afraid to find out. But as of that morning, I knew how it felt to be a loaded gun.

Writing is a Thicket of Frustrations

For a couple of months I’d been lost in the metaphorical woods with my writing. The prize, my second book, circled out of my view like a fleet-footed creature of the night. I became so busy checking my mental GPS, I forgot to check my instincts. Every day I bashed and prodded the previous day’s work, until it looked like the crushed pie in my dream. Turns of phrase that had once looked perfectly fine revealed themselves to be as meager and dry as stale pita. A frenzy of disgust overtook me—at my work for falling short of the captivating notion in my head and at myself for ever thinking I was equal to the challenge.

But when it comes to dreaming, I’m still on my game. My bullet dream has the power, the boldness that my woebegone manuscript doesn’t. The dream proves I still have my creative mojo. Even better, I have an inner coach.

I can’t credit my unconscious for my dream’s central image: The woman artist as firearm. I borrowed it from a genius, Emily Dickinson. For close to 40 years, a thrillingly subversive poem of hers has knocked around in my head like a lucky charm inside a pocket. I still don’t fully understand it. Yet no poem has ever made more sense to me than this one does today. Dickinson is grappling with her own creative powers—what they demand of her and where they take her. She begins:

My Life had stood—a Loaded Gun—

And carried Me away—

And now We roam in Sovereign Woods—

And now We hunt the Doe—

And every time I speak for Him—

I know the wild landscape of this poem; I just haven’t found my way back. Still, Dickinson points me in the right direction. Step one is admitting I’m not in control of this adventure. No use being fully loaded if I’m stuck in a corner, invisible to my creative self. I have to forsake the confining and familiar for the vast and unknown. Let myself be carried away and go after the doe, following Dickinson’s lead.

Only a woman could’ve written this poem. It packs an unmistakable sexual punch (male hunter, female prey, creative work as ravishment). If I were still an English major trying to ace a term paper, I might ramble on about sex and gender.

But I’m a blocked writer seeking hope that the mountains will reply to me again. Dickinson’s take on power and submission is exactly the tonic I’m after. As I read the poem, both the hunter and the prey are aspects of the poet (the former being her inner badass, the latter her vision).

Writing is Bigger and Wilder than the Writer

I’ve always liked power and control. Submission? Not so much. I was perfectly cast for my previous career as editor-in-chief of a successful women’s magazine. For ten years I sharpened prose for other writers. Cut here, expand there, we need a word picture. My team and I had targets to meet. Words took us there. Now, I write alone without rules, targets or readers waiting for my work to land in their mailbox. After years of telling others what to do, I can barely see my way forward. I don’t miss my corporate masters, but Dickinson’s woods are not for softies.

Writing will have its way with the writer, she tells me in her cryptic fashion. I’ll not only meet my killer instinct, I might be shocked by how much I enjoy it. She says of the partnership between gun and hunter:

To foe of His—I’m deadly foe—

None stir the second time—

On whom I lay a Yellow Eye—

Or an emphatic Thumb—

I stand in the cold at the edge of the woods, listening for a rustle in the underbrush. I could be in for a lonely vigil but my prey is out there. I’m not turning back. We’ll find each other soon enough. As much as I’m hunting this book, it is hunting me. I know that as surely as I know the taste of bullets. I submit to the inevitable.Buy Kicks | Mens Flynit Trainers

“On the Death of my Father”
Scroll to top