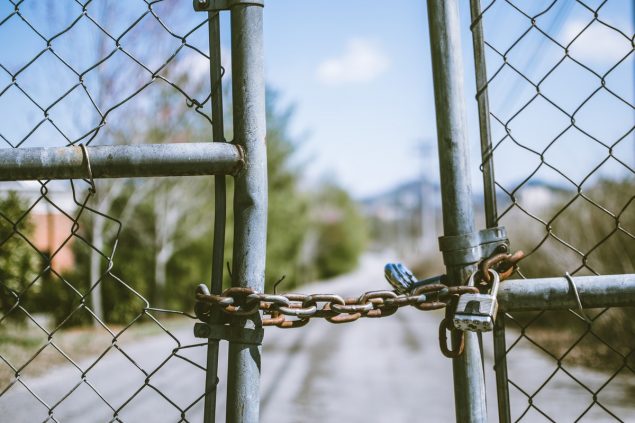 This past summer my husband, Derek, and I spent seven weeks in Mexico, where he took immersive Spanish classes, and I holed up in our rented apartment finalizing some contracted writing projects. I also spent my days trying to learn to prepare food at regular intervals and attempting to convince myself I have the discipline to complete my own writing projects.[i] This probably comes as a surprise to no one. My friends, family, coworkers, dentist, and that lady at the mall kiosk are all equally familiar with my tenuous commitment to the craft of writing (and also my Kraft Mac ‘n Cheese lifestyle, for that matter).

I think every writer grapples with discipline.[ii] To that end, I conducted my previous writing experiment—talking about writing without writing much—for around five years post-MFA. Despite repeated trials, my results were always indistinguishable from the control. I swore Mexico would be different. I would be as prolific as Malcolm Lowry, minus the mescal, plus a stable, loving relationship. Everything would be different this time!

Except that it wasn’t. I sprawled on our rattan couch, ate a bunch of avocados, watched any show on television that was broadcast in English, and waited for Derek to come home from class. Comfortably slunk into nihilism with Will & Grace as background noise, I had some kind of revelation. Perhaps it was the altitude sickness (Guanajuato has an elevation of over 6,500 ft.) or the near-vertical walks up the infernal hill that led from the grocery store back to my apartment, but I decided I would try an endurance exercise that would, ideally, show me what improvement looks like.

Since it’s difficult for me to gauge the effect of discipline on my writing, I would paint. I would paint the same scene every week day for the remainder of our summer, allowing me to see creative growth in a new way.[iii] It was a mad endeavor, one that made my grandmother say, “My god, Caitlyn,” when I explained it over the phone, and one that taught me everything I now know about progress.

Guanajuato is a city at the bottom of a bowl, and mountains make up the bowl’s sides. Our apartment was perched above the city center and provided an unfettered view of La Bufa, the city’s most famous rock face. The rooms of my apartment were simultaneously small and spacious—as if we lived in Mary Poppins’ handbag.

The gate to the apartment complex required two separate keys, a strong push, and occasionally some swearing before it would swing open into our courtyard. “My” chair on the balcony faced the gate, so naturally I painted 29 representations of it over the course of 40 days.[iv]

Here’s what happened when I, a non-painter, painted for the first time as an adult: I felt clumsy, tried to use the brush like a pencil, and used paint that was much too dry. I scraped that pigment over the paper until the paper pilled. I felt proud of myself. On day two, I was shocked at how much better I’d done. Shocked enough to feel ashamed of my painting from day one. Was this how I’d been as a beginning writer?[v] But the biggest difference was my attitude. I was experimenting. I had guesses about what I could do differently from the previous day, so I was coming at this painting thing with an attitude of genuine curiosity. I was experimenting. I was having fun.

Like all heady times, the feeling did not last long. I’d say I got about five days in before I felt like I’d made a huge mistake. So why didn’t I quit this time?

Prior to leaving for Mexico, my parents (who live conveniently close to an international airport and thus hosted us in the days preceding our trip) voiced some concerns about what might befall us in Guanajuato. When my mother hugged me goodbye, I couldn’t tell if her extra-strong grip was in case this was the last goodbye she’d ever be afforded—or if I was imagining it.[vi]

After I painted my second gate, I emailed them photos of the first two paintings with the subject line “A Marked Improvement in My Painting Skills.” They each responded that they could really see the progress. I decided that day that I’d email them every painting. The Gate of the Day newsletter would remain capped at two subscribers. I saw Gate of the Day as the conscription of my parents. They certainly were not given the luxury of the “unsubscribe” option of other newsletters. Each evening I took a photo of myself holding the painting in front of my face and sent it off to my mom and dad in America. It was my version of holding up a newspaper. I’m fine, it said. Each day both of my parents picked out one element of the painting to praise.[vii]

My weird forced newsletter is a key element of this story because it gave me accountability. I worried that if I didn’t send a painting, my parents would imagine I’d fallen into the hands of Chapo Guzmán himself.[viii] I obsessed that my parents could be living in fear until my return, and this obsession proved to be an effective motivator. It turns out I am also a huge fan of being praised.

I started to see patterns in the way I was improving, though my improvement was slow. I thought about my progress as though I were viewing myself as an avatar in a video game: I’d run forward, then have to take a step back before I could vault myself to the next level. Often my biggest leaps came after what felt like insurmountable backslides. Many of my paintings are hideously ugly.[ix] I rated each painting on an arbitrary 10-point scale

Of course, these peaks and valleys inspired a lot of frustration. I’d devise new ways to make that same gate image seem new: setting a 10-minute time limit for a painting, using a single color of paint, or zooming in to paint small details instead of the full image. I would also procrastinate. Arms laden with groceries, I’d catch my breath on a bench at the mid-way point of that devil hill after my daily trek to the store. The back of the bench featured the words BAD BITCH. I’d intentionally sit next to the graffiti—I didn’t want to obscure any of the sloppy blue letters. I would nod to myself. I would think, yes. Bad bitch. Then I’d walk home with a little more surety to paint in the twenty minutes before Derek got home.

One day, just like that, it was over. I found myself on an airplane watching Mexico recede from view. For a while we hovered next to a mountain with a flat top before gaining altitude until nothing was in clear view except for the clouds. My 29 paintings were neatly wrapped in a plastic bag and tucked into the front pocket of my carry-on bag. My husband held my hand.[x] The final painting had felt important, so I gave myself over to it. Before sitting down to paint for the last time in our perfect apartment in a perfect city, I thought of the art we’d seen in a museum in Querétaro. I had noticed that the painters used unreal colors that somehow imbued every person or building with weight and reality. But I hadn’t been thinking at all while I painted the 29th gate—I was immersed. I leapt. And I know I’ll continue to fall short. As a writer and especially as a painter. The other thing I know is that I’ll keep showing up, keep progressing.[xi] Because for me, writing is not about writing. It’s about becoming the kind of person who is willing to leap.

[i] Note that there’s no way to say, “I spent seven weeks in Mexico [more or less fucking around]” without giving the impression that you’re kind of a douche. I’ve tried phrasing it different ways to no avail. Please accept my assurances that I’m mostly not a douche.

[ii] If you were expecting a statistic here about writers and commitment, you’d be wrong! I’d prefer not to complete any (potentially disheartening) research in favor of repeating comforting platitudes. Are you struggling to sit down and write? You’re not alone.

[iii] I gave myself weekends off because I’m not a monster.

[iv] It could be tempting to ascribe some kind of meaning to this choice. Something like, the gate signifies how close I am to achieving my goals, or a V. for Vendetta-esque The gate was open the whole time! Alas, I just thought the gate looked kind of cool and was visible from my vantage point of choice.

[v] Because I teach, I know the answer to this question.

[vi] My parents are lovely and open-minded people who often take my travel plans in stride. I’m not surprised they were worried about Mexico, considering the media paints it as a dystopian wasteland.

[vii] Even the shittiest paintings! My parents have a knack for finding the positive.

[viii] My husband has been following Guzmán’s exploits for some time, so it was particularly surprising that Guzmán tunneled to freedom while we were in Guanajuato.

[ix] Making ugly things can be exciting, too.

[x] Sometimes Derek would paint with me out on the balcony. I love that man.

Lisa Romeo
Things I think about while swimming.
by Hope Chernov