Blog - Latest News
You are here: Home / Interviews / Wonderland of Words: An Interview with Matthew Dickman 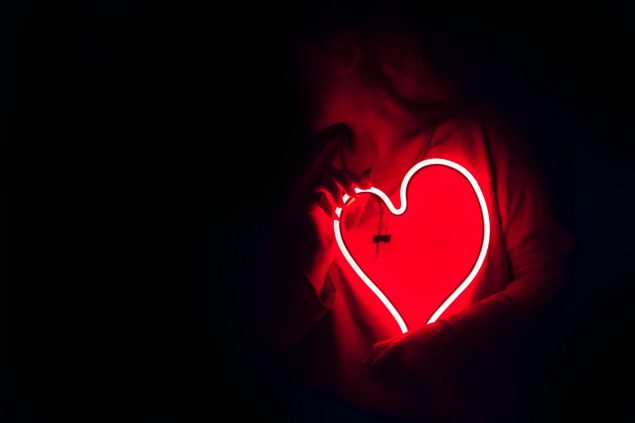 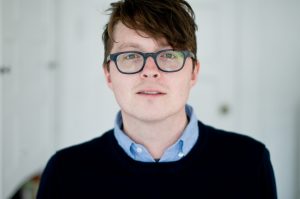 More and more, I want to write honest poems that share something about my thinking and my life. – Matthew Dickman

The first time I encountered Matthew Dickman’s poetry was in spring 2016, during a reading of his work at VCFA’s Café Anna. He was reading from his fourth book of poetry, Wonderland (to be released this year). His poems were lyric and visual, sympathetic and matter-of-fact. I was struck by his ability to hold an introspective and reflective space around the objects, people, and events of his life, much of which was traumatic, if not tragic. Yet this space is neither judgmental nor sentimental. Instead, it allows for an appreciation of the human experience. 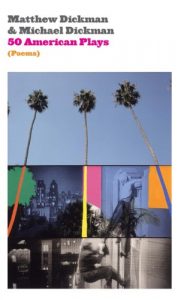 He is also an editor for Tin House Magazine, a 2015 Guggenheim recipient, and a professor in VCFA’s Writing and Publishing MFA program.

Recently, I had a chance to sit down with Dickman to discuss the evolution of his creative process, the relationship between art and life, and his thoughts on the ethereal elements that make some poems stand out from the rest.

LG: What makes a text a poem for you, as opposed to an essay or piece of fiction?

Dickman: One thing about the question, what is a poem, or what is poetry, is that it’s a question that often isn’t asked of short stories, fiction, or screenplays. I think it’s asked more frequently, or exclusively, of poetry because poetry is so deeply linked to our emotional lives.

LG: Do you mean that poetry comes from prayer through its literary heritage? Or do you mean we experience it as something sacred?

Dickman: I understand it as both those things. I understand poems coming out of incantatory prayer and incantatory songs, but all poems share certain qualities — line breaks, stanzas. They utilize these things just like short stories might utilize characters or dialogue. So another answer is a poem is a poem.

I also believe in conceptual thinking, so if someone was like, “this lamp is a poem”, I’d be like, “Solid, awesome. That’s a poem for you.” But for me, poetry has changed a lot from my early memories, being nine or ten years old to being 41 years old. The way I approach my art has changed, too.

Dickman: For a long time, I wrote strictly narrative poems that didn’t really free associate or go anywhere wild. They were like tidy little boxes on the page. I wrote poems in one particular way: I would get an idea for a poem, or maybe I’d read something in the paper and it’d be about bees and honey and I’d think, “Okay, how am I going to write a poem called ‘The Bee Keeper’s Daughter’? It’s going to be a poem about the beekeeper’s family, this young woman being alone and being stung, and how it all relates to her dad.” I’d have all these ideas. I’d come up with the first line and how it would end. All of it was in my brain. I would sit down and type it out, and basically transcribe it from my mind. I wrote like that for a long time.

Then when I was in grad school, after my first year there, that summer, there were a couple of major tragedies and I had kind of a psychic breakdown.

LG: Were those personal tragedies? 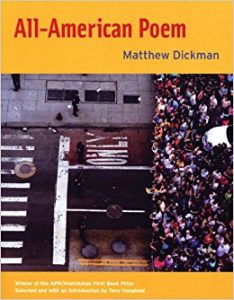 Dickman: Personal tragedies, yeah. A murder-suicide and then an illness-death. I just kind of lost it. I ended up in the hospital for about two days, and then I contacted the school and was like, “I need the next semester off for health reasons.” I started seeing a therapist every day, and I didn’t write poems for, like, eight months. I didn’t really even read poems. I just concentrated on being able to eat an orange every day.

I felt disconnected from poetry, but I still wanted to get my degree. So, I went back to my MFA, and I thought, “Well, maybe I’m not going to be a poet anymore, but poetry will be part of my life. Maybe I’ll be an editor or run a poetry series.”

But when I started going back to school, I had to write poems for these workshops to get credit for them. Something happened in that span of time of not writing or thinking about poems, of having to deal with tragedies that also set off memories of traumatic events in my childhood — having to work with all of that and be present with all of that. When I sat down to write a poem again, I seemingly forgot all the rules that were either given to me or that I had invented, for what a poem should be like for me. I started writing poems, like the ones you find in my first book, All-American Poem: free-associative narrative poems that kind of go all over the place.

LG: That’s so interesting. Can you give me an example of how that changed?

Dickman: Yeah. In my second book of poems, in Mayakovsky’s Revolver, there’s a poem called “Coffee.” And quite literally, I was like, “I gotta write a poem for workshop and I’m drinking coffee. God, I love coffee.” And I thought, “Okay, I’m going to write about coffee.” It was just like monkey-monkey [makes typing gesture with his hands]. My brain went all over the place. It didn’t really have to do with coffee, but it flowed all around. Instead of a box, a clean little machine of poetry, what I printed up was this rangy, free-associative narrative poem that was about coffee, but also about my older brother’s death, and Portland, and all these other things. And I was like, “That felt good.” 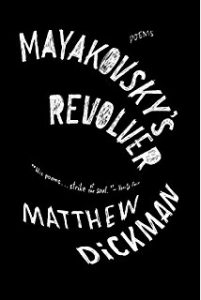 I didn’t really remember how it felt to write poems before, but that felt good to me. So I was like, “Well, let’s keep going with this. What else do you like, Dickman? You like public parks.” So I wrote a poem about public parks. It was just like monkey-monkey, typee-typee. Thinking about parks and writing whatever. That continues to be the case.

My poems in my upcoming book, Wonderland, are not as rangy and wild as the poems in All-American Poem, but they still come from a place of unknowing. From sitting down and having a feeling, thinking about something in a vague way and then just typing.

I do remember that in the past when I would sit down and write a poem, it felt really comforting; it felt very secure to me, like “I’m doing this thing and it’s part of my identity. I’m a poet and I write poems.” But the more I write poetry, the more it doesn’t feel like that. It feels more urgent and also a little more untethered because I don’t know what I’m going to write about or say.

LG: Do you mean untethered in a freeing and good way, or is there a stress to that not knowing?

Dickman: There’s a bit of stress, a bit of anxiety to it.

I don’t feel really free until I’ve been working on the poem a little. But when I first sit down, it’s like, “Is this going to happen? Am I going to be able to write a poem again?”

LG: But I’d imagine that anxiety also contributes to that sense of urgency you mentioned. Can you tell me more about that? How does that urgency connect to typing like a monkey, and writing “whatever”?

Dickman: It’s like I have a feeling, like a low-grade anxiety that I want to get this out of me. Then I start writing about the first thing that pops into my head, and I trust it.

LG: So, it sounds like that feeling of urgency has become really important in your process, but I’m still curious about this word “whatever”. What makes a piece that’s a free-association of “whatever” worthy of the title ‘poem’? What makes it worthy of being published, as opposed to a big messy, random pile of “whatever”? Do you tap into those rules you abided by before?

Dickman: A big issue is sincerely accepting the “whatever,” which is everything in your life, or everything in the world. Something I’ve been learning to be more and more in my writing is vulnerable. As an editor for Tin House Magazine, if it was between a super well-crafted poem and a vulnerable messy poem, I’d publish the vulnerable messy poem above the really well-made, maybe more emotionally conservative poem.

I’m going to die, and I want my experiences, as much as I can control them — which is not much — to be experiences with art that makes me feel something.

LG: Are you saying that vulnerability is key to the success of a poem?

Dickman: Yeah. This is something that I’ve learned recently. Around 2012, I was reading new poems, and a friend of mine who’s also a mentor and a poet, was in the audience. Afterward, we went out for a beer. We sat down and I asked him, “What’d ya’ think? My new hot-shit poems, right?” He was like, “Yeah, they’re good.” I was like, “Right?” And then he was like, “I have a question.” And I was like, “Yeah, what is it? Do you have a question like how fuckin’ awesome am I?” And he said, “My question is, Matthew, when are you going to stop being the hero of all your poems?” And I was like, “What?”

LG: But it sounds like you’re comfortable with that vulnerability now? How did that happen?

Dickman: I am now, yeah. But part of it, for me, has been seeing mentors of mine who are older who have been through a lot of crazy stuff, and who have worked really hard at being healthy. Seeing that they had no shame around things. It was a practice to both talk in public about certain things, things that could be thought of as either positive or negative, and also to write about those things — to the great chagrin of my mother and some other family members. There was an article in a big magazine that talked about a cocaine addiction that I had to deal with, and a bunch of other stuff. I was fine with it, but other people were like, what are you doing?

But, I don’t know. More and more, I want to write honest poems that share something about my thinking and my life. That’s about all I want to do as far as poetry goes: to explore different versions of what that looks like in poems. 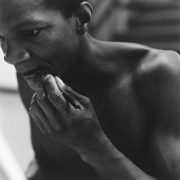 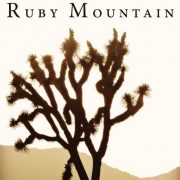